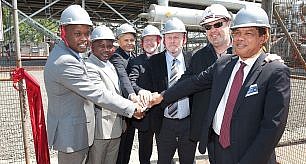 We aim to power the equivalent of 2 million households with cleaner energy. 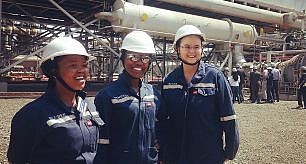 We have over 40 years of combined experience in the mettalurgical, chemical and mechanical engineering fields. 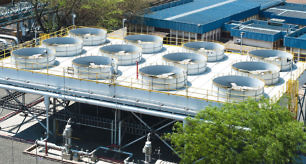 Vuselela was conceived in 2009 to originate and develop clean energy projects based on capturing and utilisation of waste heat sources in the Metallurgical industry. The personnel and partners of Vuselela Energy are from the Pyro-metallurgical sector so understand these dynamics and processes intimately.

Vuselela Energy secured exclusive use of the Thermal Harvesting™ Technologies developed in conjunction with its partner Environmental and Process Solutions (EPS), for which patents have been obtained (both provisional and final). Vuselela further developed strong relationships with a number of Technology Suppliers, for application at selected targets in the Metallurgical and Mining sectors.

Vuselela offers target clients a number of very flexible implementation models with preference for long-term infrastructure type investments such as Build Own Operate & Transfer (BOOT) and Energy Conversion Contract (ECA) models. Vuselela’s long term vision is to become the dominant supplier and operator of Thermal Harvesting™ plants based on its patented technologies.

In August 2014 H1 Holdings concluded a transaction to acquire the majority of Vuselela Energy. H1 Holdings is based in Cape Town with Reyburn Hendricks and Lionel Jacobs as Directors. The company is wholly black-owned and led and was founded in 2000. To read more about H1 Holdings go to www.h1holdings.co.za